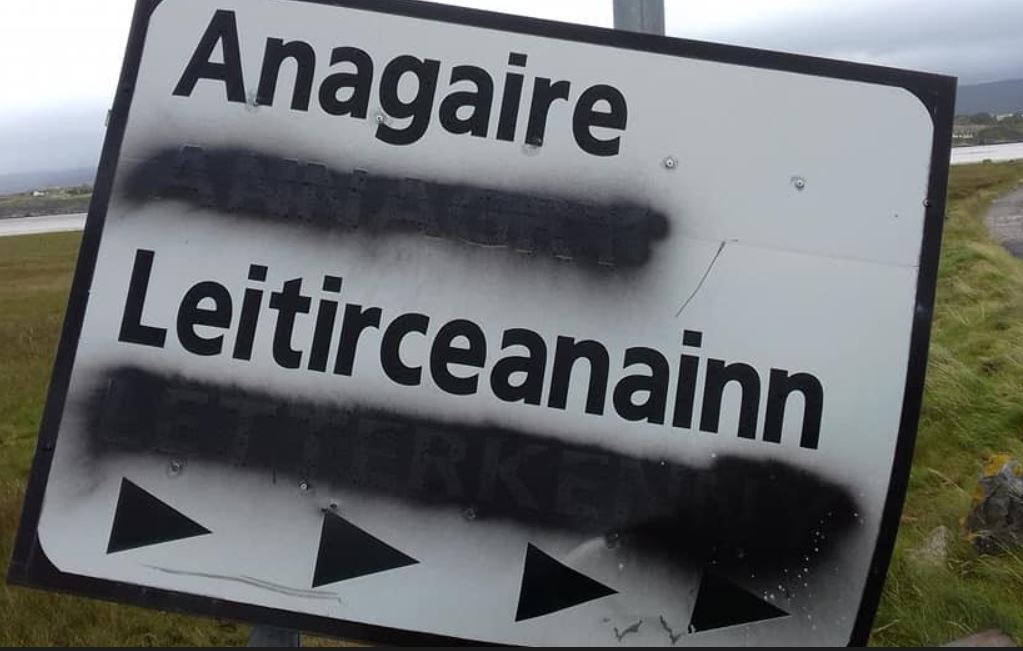 There's further outrage as its emerged more bilingual signs in West Donegal have been defaced.

The vandalism was discovered yesterday morning with one the signs targeted just a short distance from Donegal Airport.

Local Councillor Michael McClafferty has condemned the defacement of the English language on the signs.

However, Councillor McClafferty has appealed to those responsible to desist: