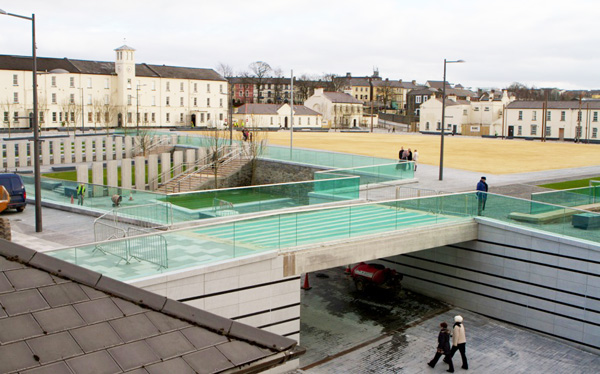 Plans for two Grade A office blocks at the former Ebrington Barracks site are said to be progressing well.

Planning Officers from Derry City and Strabane District Council are to write to the Department for Infrastructure to formally notify them of a decision on a Notice of Opinion for the development.

At a special meeting held yesterday, members heard an update by Council planning officials on the Notice of Opinion to approve the developments issued by the Department for Infrastructure's Strategic Planning Team.

The site is located at lands to the north of Waterside Roundabout, above the underground carpark.

Planning Committee members expressed their view that in this case it was not necessary to seek a hearing in front of the Planning Appeals Commission as the proposal was broadly in line with what had been anticipated.

While a full quorum was not present to make an official decision on the notice, Council Chief Executive John Kelpie stepped in to officially progress the matter by delegated authority.

Planning Officers will now write to DfI to formally notify them of the decision before the application can move on to the next stage of development.

Welcoming the outcome, Chair of the Planning Committee Councillor Christopher Jackson, said the endorsement of the Department's decision to proceed with the construction of two Grade A office buildings is another step towards realising the potential of this important site.