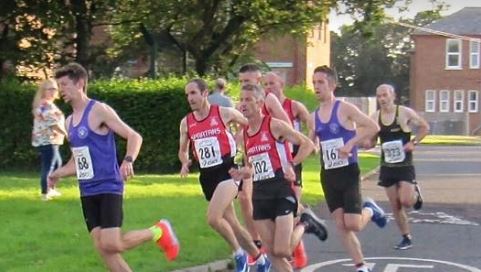 A very wet and windy afternoon morphed into a blue sky, sunny early evening and while the wind was a factor at times the 150 strong field reveled in the improved conditions.

Declan Reed was matched almost all the way by Gary Slevin and defending champion Scott Rankin but the Spartan kicked clear on the small climb under the Foyle Bridge as they re entered the Gransha grounds, to post an impressive winning time of 31m 33s, chased home by Slevin on 31m 37 and Rankin on 31m 39s.