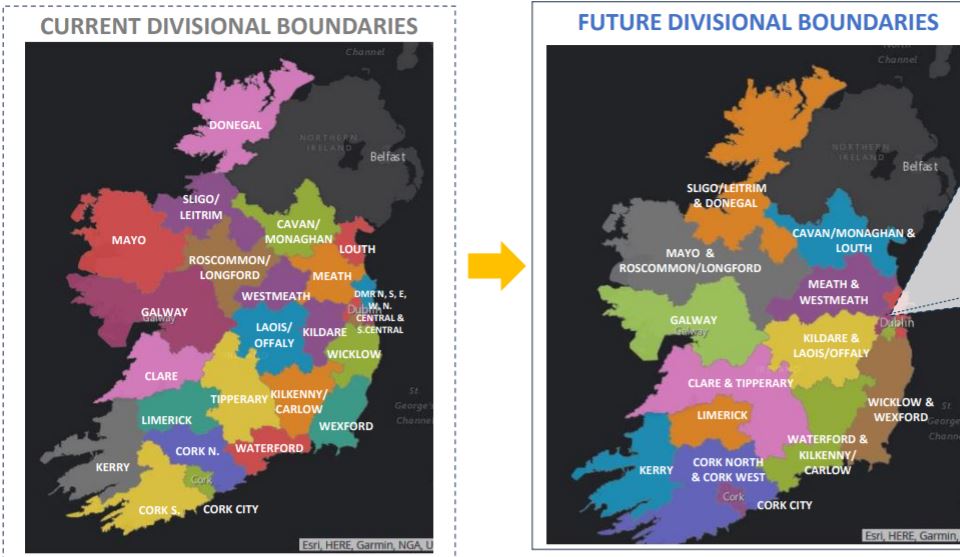 As expected, the Donegal garda division is to be amalgamated into a new division with Sligo Leitrim, under a new Operating Model announced today.

Meanwhile, the Northern Garda Region is being amalgamated into a larger North/West division. 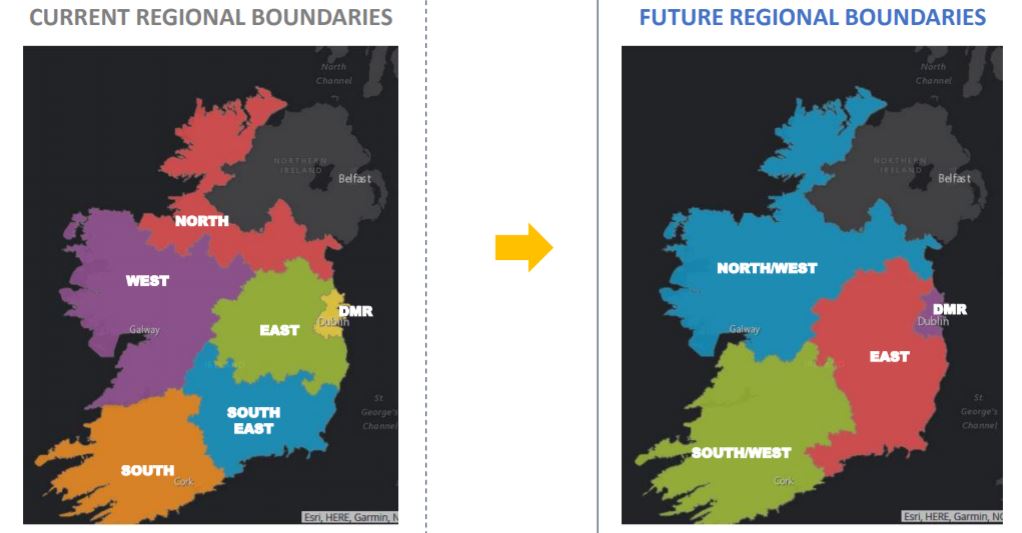 The implementation of the new structure will be carried out on a phased basis into 2020.

An Garda Síochána has today announced improvements to its structures, processes, services and governance that will increase the number of front-line Gardaí, deliver a more localised service to communities, and maximise the organisation’s operational impact.

It includes restructuring at national, regional and local levels to provide a greater focus on community policing based on local needs.

It means more Gardaí working on the frontline, greater supervision, better resources, less paperwork, and more career opportunities for members and staff. It will make best use of an expanding workforce and investment in ICT.

There will be a reduction in administrative structures, the introduction of community policing teams dedicated to working with communities to identify and tackle problem crimes in their area, a greater range of specialised services such as economic crime and cyber-crime being delivered locally, and enhanced local investigation of serious crimes and crimes against the vulnerable such as sexual crime.

It will mean increased numbers of Gardaí working on the frontline.

Commissioner Drew Harris said, "These improvements will allow us to increase the number of Gardaí at the front-line and enhance community policing. Reduced bureaucracy and ICT initiatives combined with an increase in Garda members and Garda staff will increase Garda visibility in communities. It will mean Gardaí at all ranks will have more time to engage with local communities and stakeholders to help keep people safe.

"These changes will deliver a more visible, localised and responsive policing service. What won’t change though is the strong connection we have with local communities.”

Under this model, decision making for policing delivery will be devolved from the centre to the regions and divisions.

Divisions will increase in size, will be operationally autonomous, and will be the key to policing delivery.

A Division will be typically made up of around 600 to 800 personnel. This will ensure each Division has the resources and skills to deliver a wider range of community policing and specialist services based on the demand in their area.

This model has been recommended by both the Commission on the Future of Policing in Ireland and the Garda Inspectorate, and echoes the views of our personnel gathered through extensive consultation. The restructure reflects international policing best practice as well as the realities of modern-day policing in Ireland, the changing nature of crime, and population trends.

This process has already started as part of the implementation of A Policing Service for the Future with the introduction of the new local policing model in four Divisions – Kevin Street, Cork city, Galway and Mayo.

It will continue on Monday (August 26 2019) with the new regional structure of four regions.

The reduction in Divisions from 28 to 19 will now commence on a phased basis.The new structure will be implemented throughout 2020.