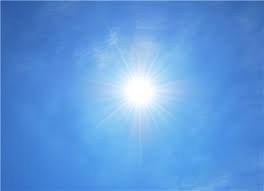 Researchers in the UK say the cost of adding Vitamin D to flour would be worth the savings in health.

The study says fortifying bread would help fight low levels of the vitamin in people, caused by a lack of sunshine.

Dr Coyne has blamed the severe lack of sunshine in the county for the low levels of vitamin D and high number of people suffering with osteoporosis.

Professor Emma Frew, who was involved in the study in the UK, says it would be worth doing: