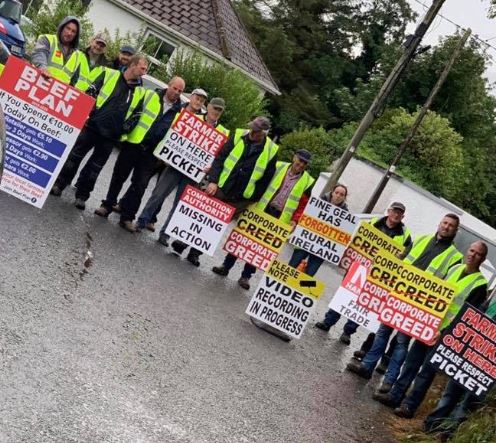 The Beef Plan Movement says it has no immediate plans for more protests in the dispute with meat factories.

They're trying to resolve the row over the prices farmers are getting for their animals, which led to nearly two weeks of protests outside several factories, including the Foyle Meats plant in Carrigans.