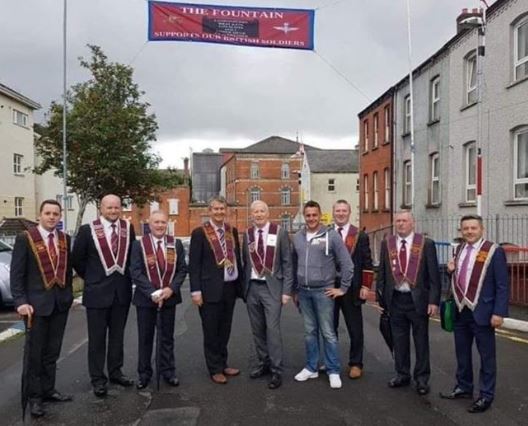 Two senior politicians have clashed over the weekend's events in Derry,  with Sinn Fein Foyle MLA Raymond Mc Cartney saying agreements had been breached, by the display of the Parachute Regiment logos on a band's shirts, along with the letter 'F'.

He also criticised a photograph posted on social media including DUP MP Gregory Campbell and other party members in Apprentice Boys regalia standing under a Parachute Regiment banner in the Fountain Estate.

He says there had been meetings, which the DUP attended, to ensure such things did not happen.

In response, Gregory Campbell claimed there had been an over the top police reaction which differed from that witnessed the previous weekend at hunger strike commemorations in Strabane.

He suggested were it not for the actions of police, the band's logos would not have been noticed, and aid the controversy over the banner in the Fountain was based on an erroneous complaint.

Both spoke to Greg Hughes on today's Nine til Noon Show.......