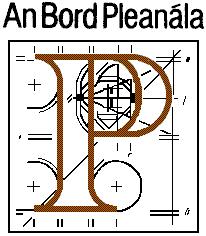 A Donegal Church,that has a graveyard full to capacity,has had its plans for a new graveyard rejected by An Bord Pleanala.

The Roman Catholic Church in Letterbarra, just outside Donegal Town, is said to be in urgent need of additional graveyard space.

Donegal County Council had originally given permission for the new graveyard located on a site adjacent to the now derelict Parochial House and would measure 22m x 28m.

Local parish priest Fr Francis Ferry instructed the application be made as the current graveyard across the public road from the existing church, and located on a steep hill was full to capacity.

A local resident objected to the planning claiming the new graveyard would pollute both surface and ground water and presents and unacceptable risk.

They claimed the existing water course flows directly withing 700m of Salmon spawning beds of the Eanymore water Fishery and as a result the application should be refused.

In overturning the council's decision, the planning board said it could not be satisfied, on the basis of the information submitted in connection with the application and appeal, that the site can be satisfactorily drained and would not pose a risk to groundwater and surface water in the area.

The added the development would be prejudicial to public health and contrary to the proper planning and sustainable development of the area.