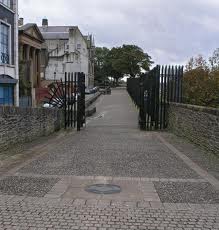 Proposals to transfer the ownership of Derry's historic walls to Derry City and Strabane District Council have been met with opposition.

The Walls are owned by the Honourable Irish Society which built the Walls between 1613 and 1618. The Walls were then placed into formal guardianship in 1955 and the Department of Communities is currently responsible for its management and conservation.

He says the cost implications of the Council taking ownership of the Walls would not be financially viable: