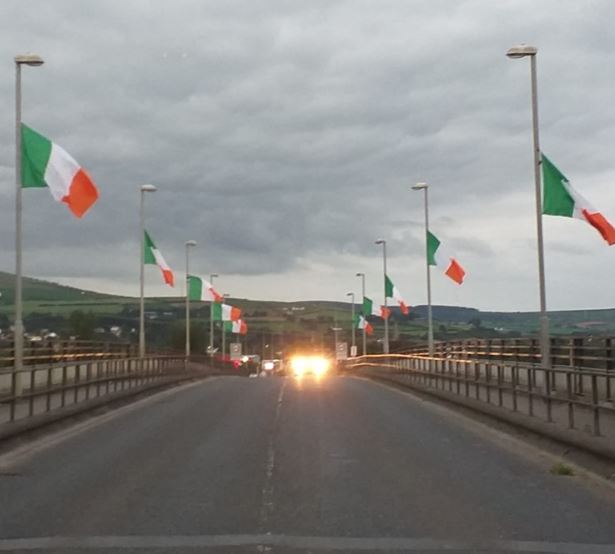 Investigations into the theft of Tricolours from Lifford Bridge are continuing.

Flags were erected on the bridge in conjunction with a Hunger Strike Commemoration being held in Lifford/ Strabane on Sunday.

In the early hours of Friday morning last, the occupants of two cars ripped several flags from the lampposts on the bridge.

The suspects were confronted by a passer-by who was then subjected to sectarian abuse.

Garda Maguire says there is a possibility the incident could also be treated as a hate crime: