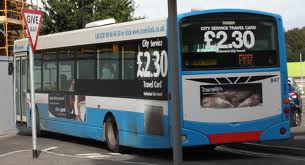 A 32 year old man is due to appear at Derry Magistrates Court later this month charged with occasioning actual bodily harm and assault on police.

The man was arrested after a female bus driver was assaulted at Foyle Street Bus Depot on Friday last.

He's expected to appear at Court on August 28th.

The charges are due to be reviewed by the PPS.