Highland Radio continues to hold the highest market share of any independent local radio station in the country, according to the latest Joint National Listenership Research survey published this morning by ipsos/MRBI.

The JNLR figures show that from 7am to 7pm on weekdays Highland Radio accounts for 64.4% of all radio listenership in its North Donegal franchise area. That's the station;s highest Market Share figure since 2013.

That's a reach of 89,000 listeners every week, not counting people listening elsewhere in Donegal and in neighbouring counties.

Neither does the figure reflect the number of people listening online. 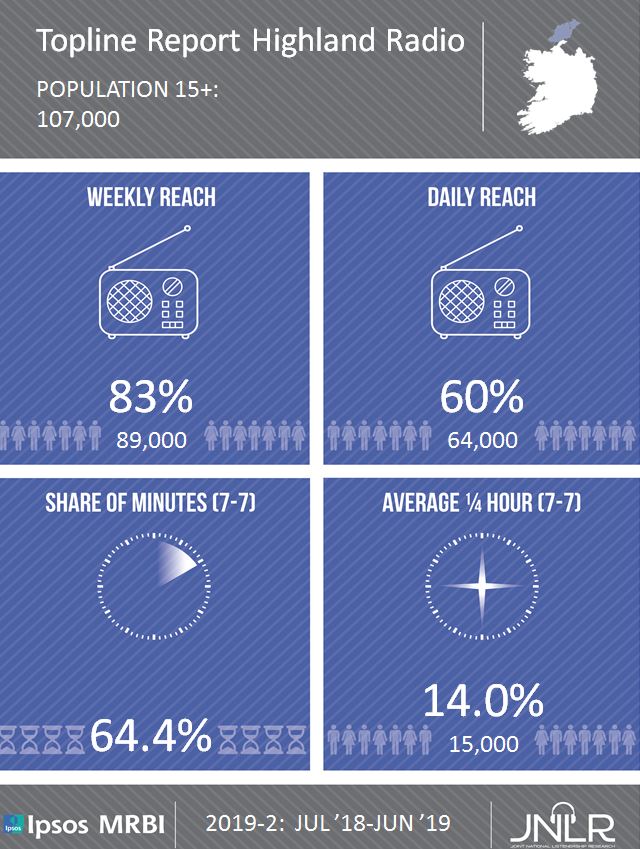