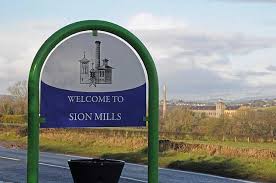 Residents in Sion Mills continue to pick up the pieces today after extreme disorder in the village last night.

A man in his 30s was injured as he tried to intervene after a group of youths went on a sustained rampage, barricading roads and throwing paving blocks and other items onto the main road and passing vehicles, including a police vehicle.

Police say enquiries into the disturbance and reported assaults are ongoing.

He says the slow response from the PSNI was totally unacceptable:

Police received a number of reports of a disturbance in the Main Street area of Sion Mills on Tuesday night (30th July).

Chief Inspector Rosemary Thompson said: “We received reports that a group of youths were throwing stones at passing cars in the Church Square and Main Street, Sion Mills.

“Officers attended and spoke to a number of people. Whilst speaking to these youths a number of them alleged that they had been assaulted. A police vehicle was also hit with a number of stones.

“We also received another report that a man in his 30s was treated for facial injuries having been assaulted in the same area.

“Police took the details of the youths present.

“Enquiries into this disturbance and the reported assaults are ongoing.”