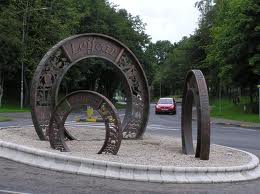 Lifford is one of three towns found to be highly exposed, with almost 'three out of five jobs' at high risk.

That's according to an article by a Cork based Economist who has revealed that three out of every five jobs created in Ireland in 2018, were in Dublin.

Dr Frank Crowley, Economist at the Spatial and Regional Economic Research Centre at Cork University forecasts that businesses and jobs of the future will generally favour the locations of larger, higher skilled, capital cities at the expense of smaller cities and towns.

He believes future automation poses risks to many small towns: