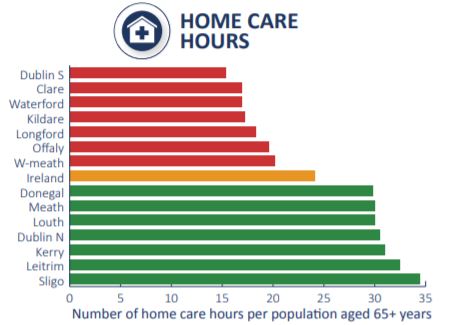 The number of home help hours in Donegal is slightly above the national average, according to figures published this morning by the ESRI. The study found that Community health and social care services are not evenly distributed across Ireland.

As a result, the report says non-acute services are not meeting population demands.

Supply is worst in greater Dublin and the south-east with better cover in the west and south.

Brendan Walsh, from the ESRI, says the findings mean the government's Sláintecare plans could be difficult to implement in poorly served places.

However, he says it doesn't mean people in other areas are necessarily better off...........