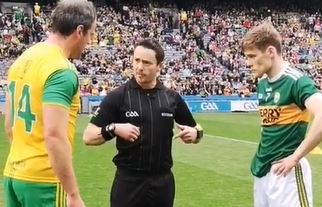 Donegal and Kerry played out one of the games of the Championship so far today at GAA Headquarters as both sides were looking for their second win of the Super 8s.

They each had a share of the spoils however as they finished with 1-20 apiece.

Michael Murphy scored Donegal's goal from the penalty spot in the second half while a fantastic performance from Kilcar's Ryan McHugh earned him the Man of the Match award.

Watch the highlights below!