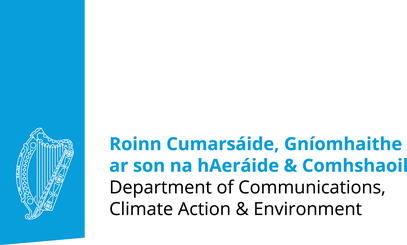 As part of a series of town hall meetings on the Climate Action Plan, the discussion will take place in Saint John Bosco Centre, Donegal Town on Tuesday July 23rd.

The plan sets out over 180 actions and hopes to deliver warmer homes, better-connected communities, smart farming and a more sustainable economy.

Minister Richard Bruton says the recently published plan comes at a time when warning signs are growing and the time for action is rapidly closing in.

He highlighted extreme weather events such as the recent flooding seen in Donegal - the worst in a century, devastated large parts of the Inishowen peninsula such as Buncrana and Carndonagh destroying homes, businesses and important infrastructure and how more recently the fodder crisis among the farming community in the county is also a direct result of more extreme weather.

Minister Bruton says he is travelling to Donegal Town to explain the approach of the Climate Action Plan, hear views and take on ideas.

He believes under then plan, Donegal will be a better place to live, work and raise a family.

Registration for the Town Hall will open on Tuesday at 6:30pm, and a panel discussion will begin at 7pm.