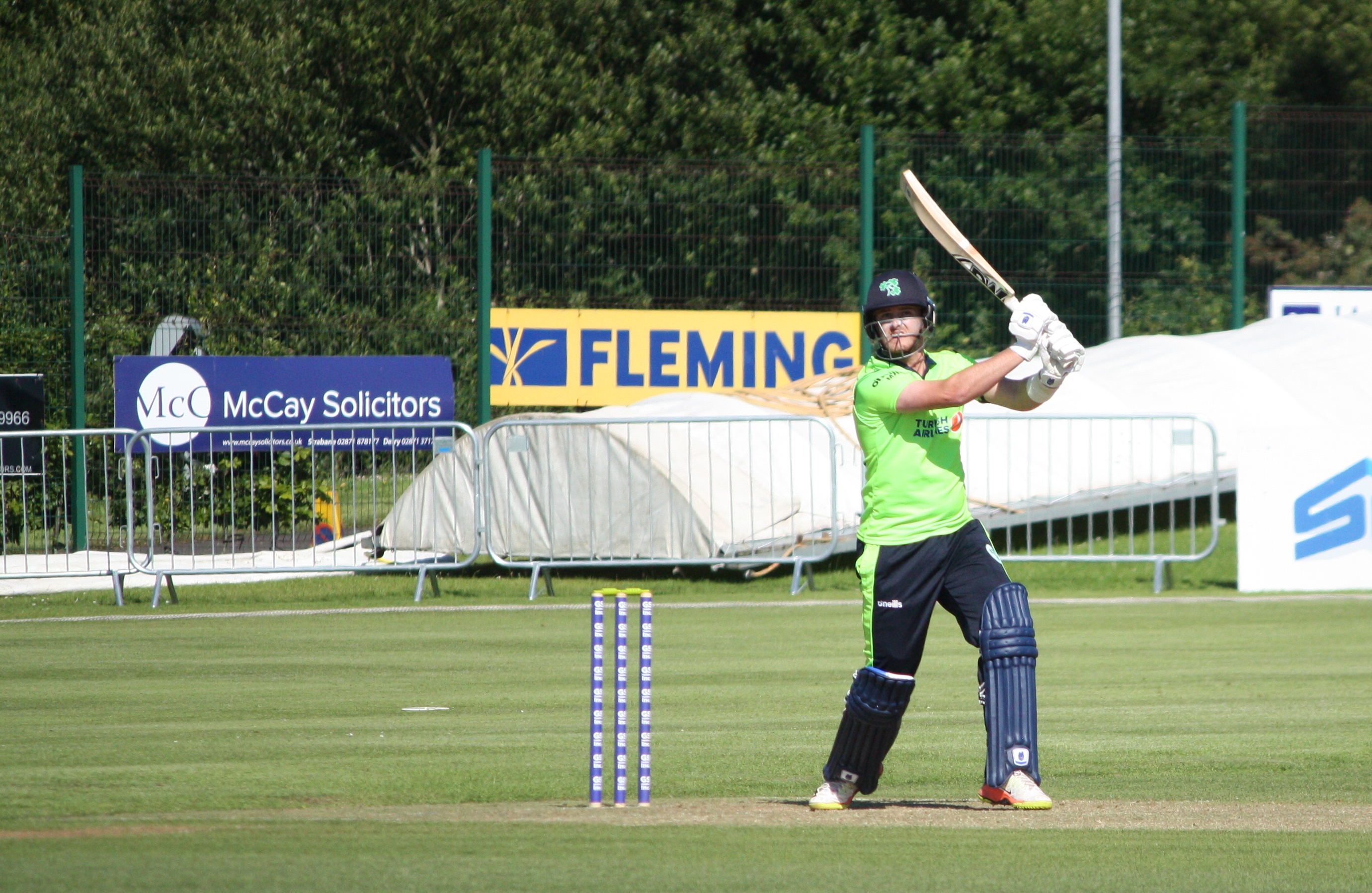 Zimbabwe cruised to an eight-wicket victory in the final T20 International despite Ireland setting a highly competitive target at Bready today.

Ireland had a rocky start to the day with Andrew Balbirnie being forced to withdraw from the match due to a sore back. Then, after losing the toss and being sent in to bat, the home side lost in-form opener Paul Stirling first ball of the innings.

Despite these early setbacks Ireland’s batters compiled a highly competitive total of 171-9 in their 20 overs, led by captain Gary Wilson - who top-scored with 47, an exciting 38 from 15 balls by the big-hitting Mark Adair, and good contributions by Greg Thompson (32) and Kevin O’Brien (22).

Ireland ent into the innings break with their tails up, pleased that their batting side mounted such a total without relying on either Stirling or Balbirnie. However, despite the early wicket of Hamilton Masakadza (0) the visitors’ reply was rapid and almost without a blemish. The Zimbabweans mounted two big partnerships – 49 between Brendan Taylor and Craig Ervine, then an unbeaten 111-run stand between Ervine and Sean Williams – to see them home by eight wickets with 20 balls to spare.

Eamonn McLaughlin spoke with Zimbabwe's Brendan Taylor after their win...