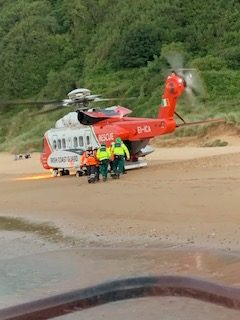 Its emerged that a teenager who was airlifted to Letterkenny University Hospital yesterday evening after falling 35 feet from a cliff edge near Kinnego Bay was part of a group of six teenagers who had been rock climbing in the area.

Initial first aid was provided by two kayakers after the alarm was raised when two of the party made their way back to the beach and alerted campers in the area.

The Greencastle Coast Guard rescue boat was tasked and arrived on the scene shortly after 9pm.

Crew were landed ashore to provide assistance while the rescue boat removed three of the teenagers from rocks and landed them safety to the beach where they were attended to by waiting HSE ambulance crew.

The casualty was transferred to Letterkenny University Hospital by the Coast Guard Helicopter Rescue 118. 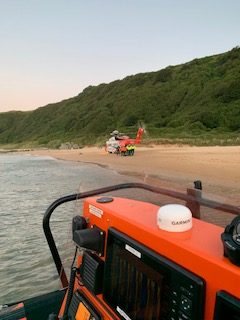