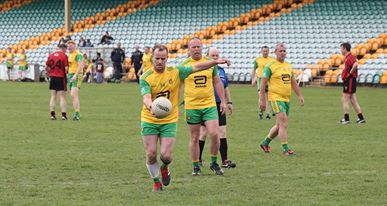 Four north west players have been included on the Ireland Masters squad to play Australia in the upcoming International Rules test.

Sean McDaid and Michael Ward from Donegal and Eamon McElroy and Eoin Gormley of Tyrone have been named in the 32 strong squad while Joe Leonard from Tyrone is part of the management team.

The 2019 KCS test will take place in the Denn GAA grounds in Cavan on Saturday July 20th at 3pm and will form part of the Denn’s 50th anniversary celebrations.