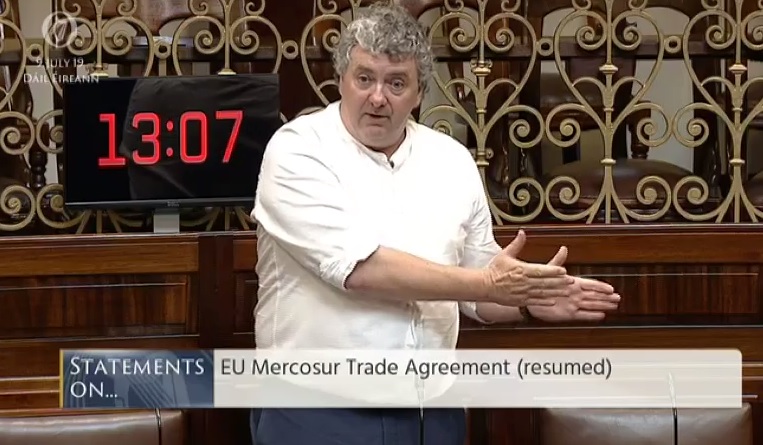 Donegal Deputy Thomas Pringle has been speaking out against the Mercosur deal, acknowledging that it is now becoming known as the “cows for cars” deal.

Speaking during Statements on the deal in the Dáil this week Deputy Pringle said it will not only enable further an agricultural industry that is partly responsible for mass deforestation in the Amazon but would bring in beef without the same standards of traceability, animal welfare, or food safety in Ireland.

Deputy Pringle urged Minister Michael Creed to outline how he plans to ensure the deal reflects the best interests of all: