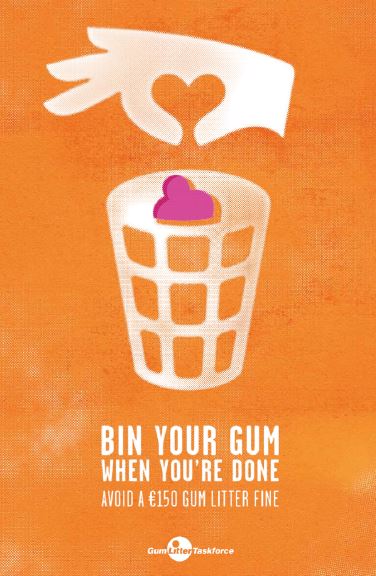 The Taskforce has been successful to date in changing the public's behaviour by encouraging correct gum disposal through a targeted education and awareness campaign.

The 2018 campaign maintained an all-time high of 93% of people stating that they regard chewing gum as litter, up from 74% when the campaign first began in 2007.