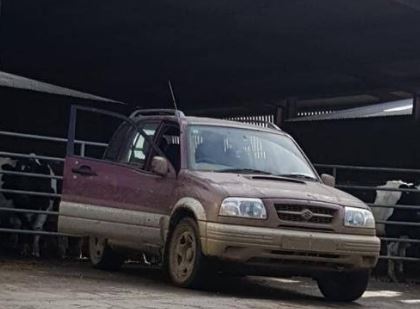 Police in Strabane are investigating a hit and run involving a jeep stolen last week in the Castlefinn area.

Its reported the jeep, a Burgundy coloured Suzuki collided with another motorist on the Barnhill Road in Strabane on Monday last.

The jeep which was reported stolen in Castlefinn has since been recovered after being abandoned after the collision.

Police say the occupants subsequently made off on foot.

Anyone who witnessed the incident or may have dashcam footage or can assist police with enquiries is asked to come forward.