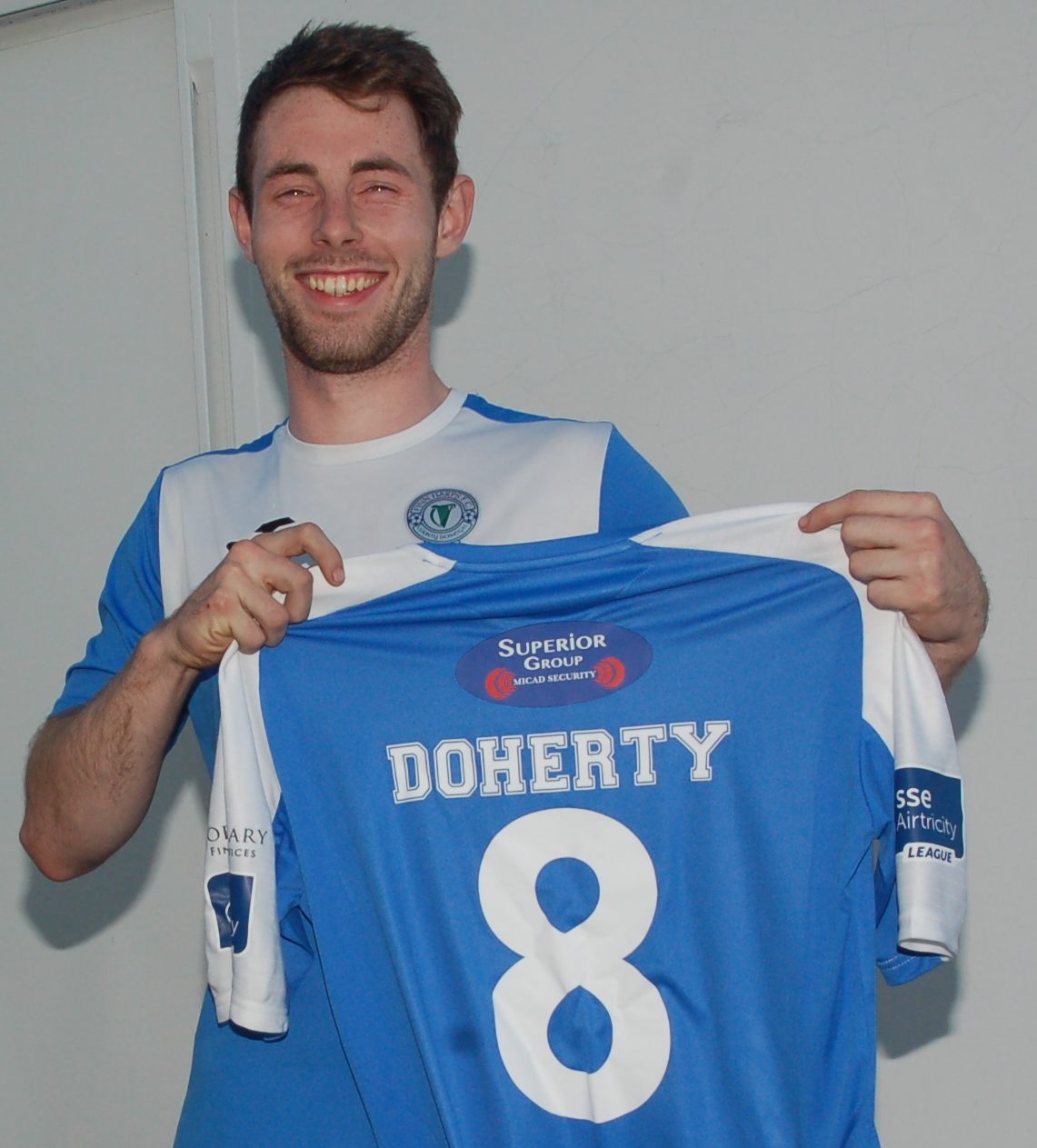 Finn Harps F.C. wishes to officially confirm the signing this morning of Shaun Doherty from Inishowen Junior Football League team Greencastle F.C.  Harps manager Ollie Horgan is pleased that Shaun is now registered and cleared by the FAI to join the Finn Harps squad for the remainder of the 2019 League of Ireland Premier Division season. Shaun is a midfielder who played a hugely influential role for Greencastle who won a magnificent domestic title quadruple including the Inishowen Junior League.

“Shaun has been in training with us for around a month now and he did well. He agreed to sign and we’re pleased that his clearance has now come through from the FAI. He’s a talented lad and wants to try himself out in the League of Ireland. It’s a huge step up from junior soccer and it will take time for him to adapt to the pace of football at Premier Division level. Shaun plays in midfield and its area that we wanted to bring in another player. Look, Shaun knows he’s going to have to be patient and work very hard to get into the team” Horgan said.

The former Greencastle player is looking forward to the challenge of top flight football and being part of a Harps team that is focused on maintaining their place in the Premier Division. Shaun sees it as a great opportunity but knows he is going to have to work very hard to push for a place in the team. He is aware of the competition in the squad but is looking forward to the challenge that he will be presented with over the next four months as Harps battle to remain in the Premier Division. It’s been a great learning experience so far in training  for the ex-Greencastle man under the guidance of  Ollie Horgan and his assistant Paul Hegarty.

April 19, 2021
A Donegal man has died following a weekend crash in Co Monaghan. Patrick McGinley, who was in his 40s and from the Kilmacrenan area died...