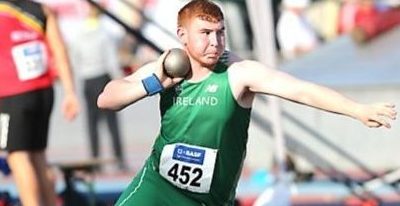 John Kelly of Finn Valley AC set a new Donegal and Ulster record in the Shot Putt over the weekend in Sweden.

The St. Johnston athlete had a throw 17.79 metres, which was enough for a fifth place finish in the event.

18 metres is the target for Kelly going forward.

He will remain in Sweden for the coming weeks to both train and compete.