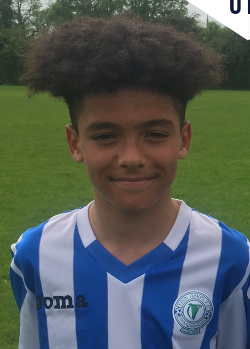 There was mixed results for the two Finn Harps underage sides playing on Saturday. The  U13s had a fine 4-1 win against Dundalk at Illistrin where Kevin McHugh’s boys built a comfortable lead by the break. Aaron McLaughlin got the opener with ex-Drumkeen Utd striker Shaun Patton doubling that advantage and then Dundalk conceded an own goal to leave Harps 3-0 up at the interval. The visitors did pull a goal back but then conceded again late on to leave the hosts with an excellent victory.

Meanwhile, at Oriel Park it was defeat for the Finn Harps U15 as Dundalk proved too strong for the visitors with a 4-1 win. Paul Rua McBride’s side did score early through Conor Campbell but the hosts came back strongly to win with some ease.