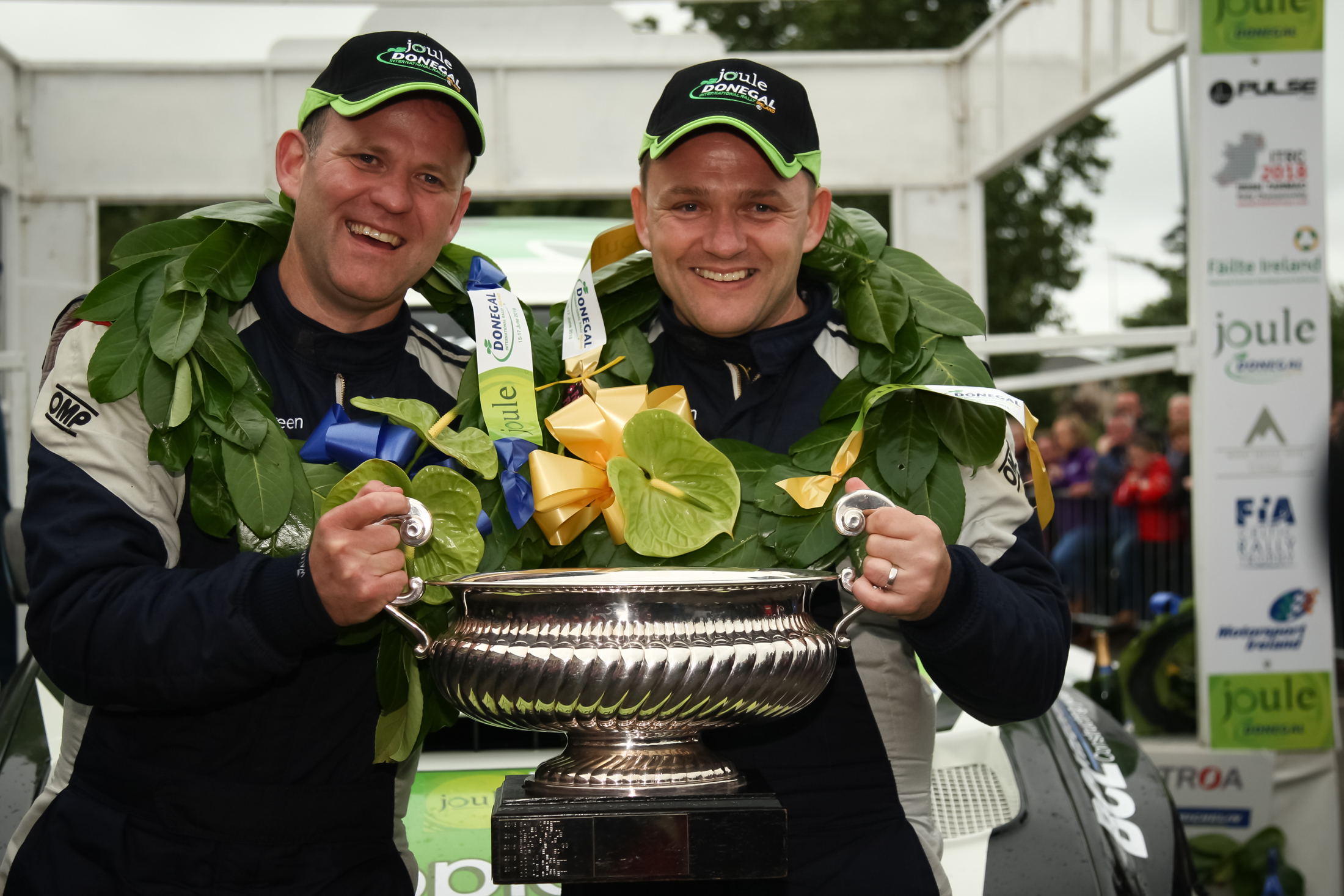 The funeral of rally champion and Cllr Manus Kelly is taking place today in Glenswilly.

Huge crowds are expected to pay their final respects to the 41-year-old who lost his life while participating in the Donegal International Rally at the weekend.

Manus Kelly died when his Hyundai i20 left the road on special stage 15 of the Fanad Head Loop on Sunday.

His co-pilot Donall Barrett suffered 'minor injuries' in the crash.

The father of five, a prominent local businessman and newly elected Fianna Fail councillor, had won the event for the past 3 consecutive years.

Following news of his death, tributes flooded in from prominent figures in politics and the world of motorsport.

Large crowds are expected in his home community of Glenswilly later today for his funeral mass in St Columba's church.

It gets under way from midday, and will be followed by burial in Conwal Cemetery.