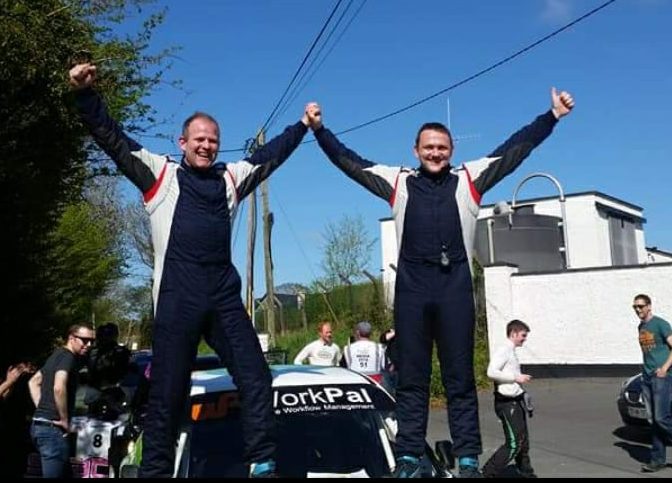 The funeral of the late Councillor and rally champion Manus Kelly is underway at St Columba's Church Glenswilly.

Large crowds have gathered to say their goodbyes to the 41-year-old who lost his life while participating in the Donegal International Rally at the weekend.

A number of items of remembrance were brought forward by members of Manus' family including; a family photo, his racing helmet, a Glenswilly Jersey, the Jim Kennedy Memorial Trophy and a Donegal flag.

Father Paddy Dunne during the homily spoke how a community fell silent to welcome Manus home:

Father Dunne also spoke of how Manus left that smile in the persons heart: