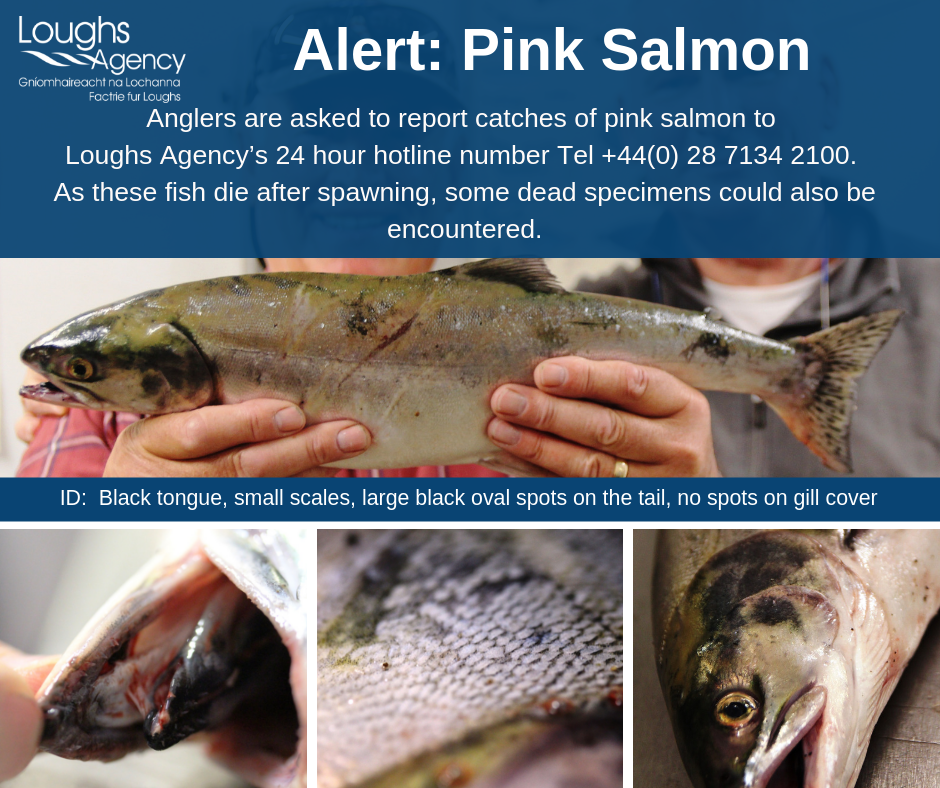 The Loughs Agency has issued an appeal to anglers and the public to be vigilant and report the presence of any Pacific pink salmon spotted in the area of Lough Foyle.

The agency says, as pink salmon predominantly have a two-year life cycle, there is potential for the species to reappear in Irish rivers again this year.

Anglers are asked to report catches of pink salmon to the Loughs Agency's 24 hour hotline.

It says these fish die after spawning and some dead specimens could also be encountered.

Anyone who catches a pink salmon is asked to; keep the fish and do not release it back into the water, record the date & location of capture, as well as the length and weight of the fish, tag the fish and present it to Loughs Agency and take a photograph of the fish.

Loughs Agency can arrange collection of the fish for further examination which it says will help establish the abundance and extent of distribution of the species.

A similar appeal was issued by Inland Fisheries Ireland a couple of weeks ago.