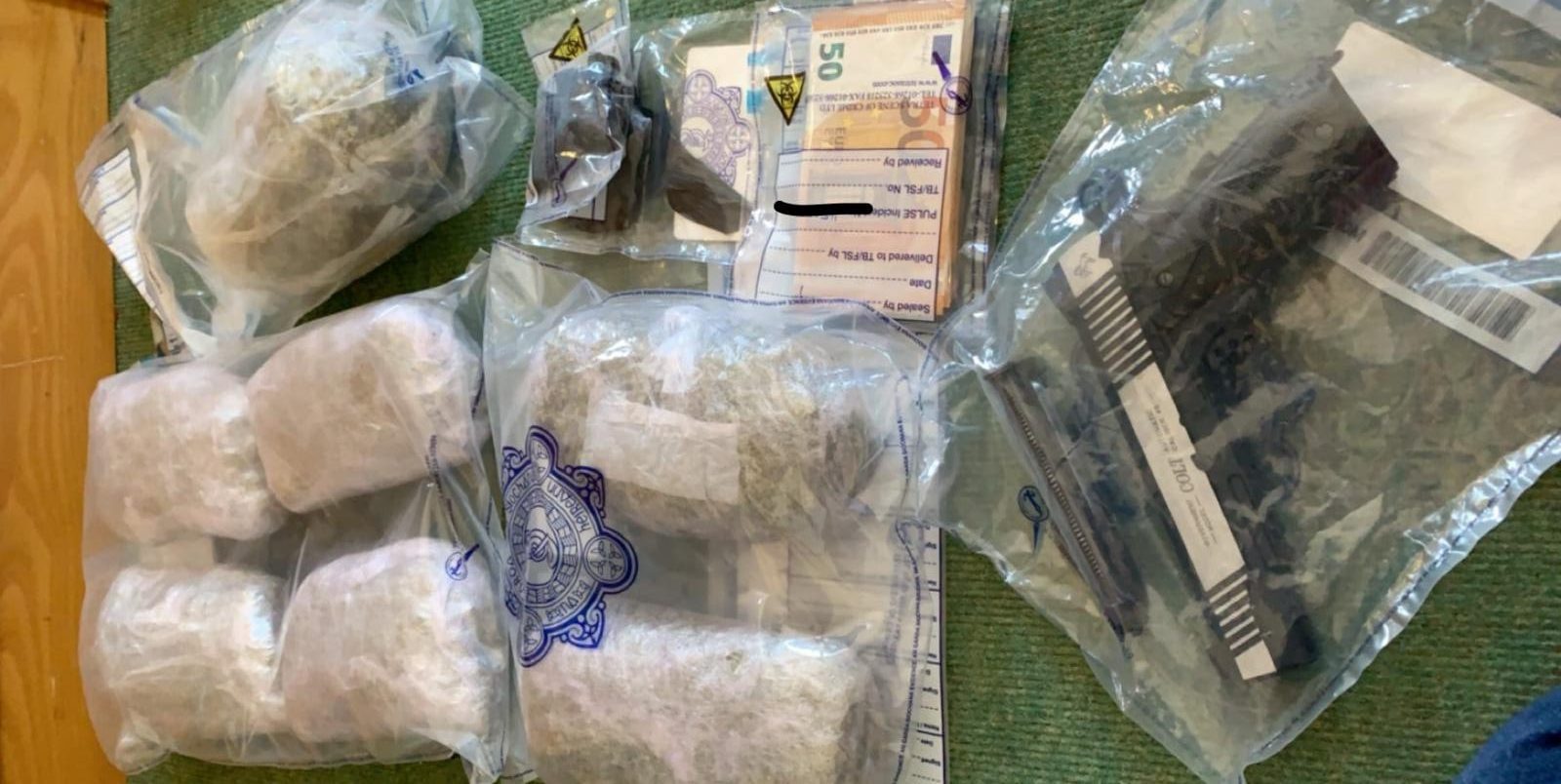 A man has been arrested after drugs and other items were seized by the Letterkenny District Drugs Unit in the Twin Towns area today.

Around €17,500 worth of Cannabis, €350 worth of Cocaine, a BB hand-gun, a sum of cash and drugs paraphernalia were seized during a search carried out in the Ballybofey/ Stranorlar area.

The man has since been released from Garda custody pending submission of a file to the office of the Director of public prosecutions.