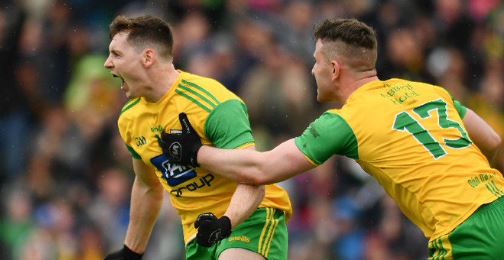 Donegal have retained the Anglo-Celt Cup and put their names on it for the 10th time following their Ulster final win over Cavan today in Clones.

1-24 v 2-16 was the final score with Donegal having 12 different names on the score sheet in a comprehensive performance by Declan Bonner's men.

Donegal now go on to compete in the Super 8's.

Pauric Hilferty and Brendan Kilcoyne spoke at the final whistle...