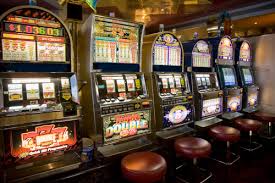 It's been claimed that legislation to regulate gaming machines in Donegal was rushed through ahead of the Gaming and Lotteries Bill 2019 being introduced to the Dail.

Donegal Deputy Thomas Pringle was speaking as the bill reached debate stage this week and raised concern that the needs of communities were not to the fore in some decision making.