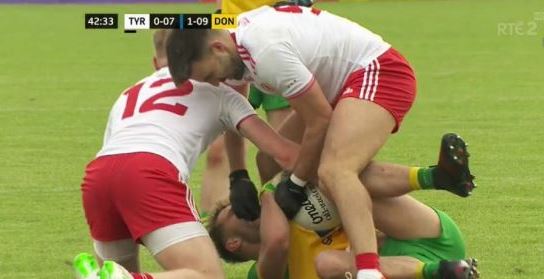 Tyrone's Tiernan McCann has been handed a proposed two-match ban for the incident in last weekends Ulster Semi Final Defeat to Donegal.

McCann made contact with the mouth of Stephen McMenamin and also appeared to stamp on the Donegal player.

The CCCC reviewed the television pictures this week and have hit the Tyrone wing-back with a two game punishment.

McCann does have the right to appeal the proposed suspension.

February 24, 2021
Finn Harp's Announcement as 3 Academy player's step up to the senior squad Finn Harps is delighted to announce the signings of Joel Bradley Walsh,...