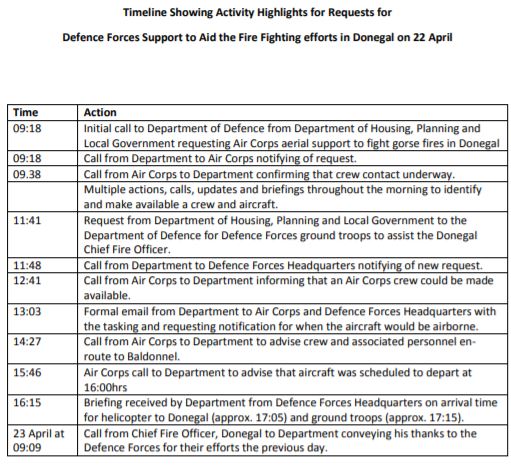 An independent body is needed to review pay and staff relations in the Irish Defence Forces, according to a senior commander.

Commandant Conor King, the general secretary of the officers' representative association - RACO - says the government has failed to introduce a coherent retention policy.

Commandant King is due to appear before the joint Oireachtas committee on foreign affairs, trade and defence later today.

Yesterday, staff retention issues in the Air Corps were identified as a major factor in a report into the delays responding to wildfires in Donegal last month.

Recruitment was suggested as one of the solutions, but Commandant King says that won't work on its own................