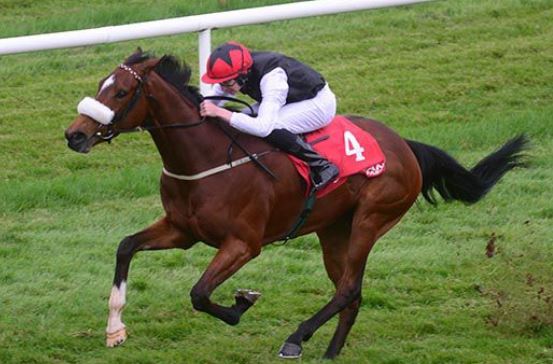 Donegal apprentice Oisin Orr recorded a landmark success at Gowran Park on Wednesday evening by riding out his claim aboard Anya Ylin a in the Kilkenny Pembroke Hotel Fillies Maiden for Dermot Weld.

In the colours of Moyglare Stud, the combination won with plenty to spare, claiming a 95th victory.

Oisin goes to Germany on Thursday for his first group two race.

Dermot Weld told Irish Racing, “to lose his claim is a great credit to him. He had a quiet year last year and we supported him. I put him up in the big handicap at York.

“I've always been an admirer of his. It'll be difficult for him keeping his weight but provided he does he has a big future.

“Oisin goes to Germany for me tomorrow to ride in the Group Two.

“It's a big day for him there again tomorrow. I'd imagine it's his first Group 2 ride.

“If he gets a break on the weight he has the potential to do very well. He's a very talented young rider.”