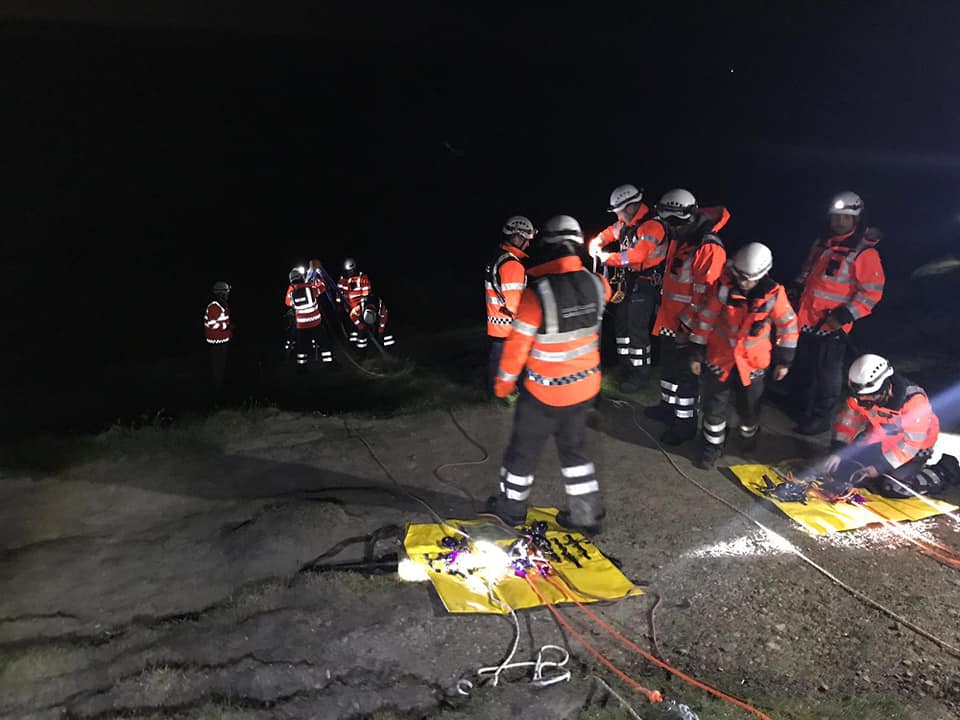 The Greencastle Coast Guard unit were tasked to an incident late last night at Malin Head.

The Greencastle Unit of Irish Coast Guard were paged by Malin Head Coast Guard MRSC at around 10:40pm.

Three men in their 20s from Derry City who had been rock climbing at an area called Hell’s Hole at Malin Head required assistance when one of the party became trapped approximately 150 feet down the cliff and suspended about 20 feet over the incoming tide.

When the Greencastle Coast Guard unit arrived on scene they set up their cliff rescue equipment on the cliff top above the trapped climber.

A second climber in the party was located on a ledge half way down holding a rope attached to his trapped friend.

The Coastguard says; as this location is very dangerous and the rock face is unpredictable with loose rock, the rescuers proceeded to slowly and carefully lower two members of the team down the cliff.

Just after midnight the first climber reached the casualty at the bottom of the cliff and secured him to the rescue lines.

The Coast Guard team on the top of the cliff then hauled both the casualty and the rescuer safely to the cliff top. The second climber was also safely guided to the top.

Two of the party received medical attention from a waiting HSE ambulance and the trapped climber was removed to Letterkenny University Hospital as a precaution for hypothermia and suspension trauma.

Greencastle Coast Guard Officer In Charge, Charlie Cavanagh, said; “the operation went smoothly and the weather conditions were favourable. He thanked James, a local farmer, for his assistance on scene and his volunteer members for a very professional job”.

The casualty was released from hospital earlier this morning and is recovering at home.