The full report into why it took so long to secure Air Corps support to fight recent wildfires in Donegal has been published.

It concludes that helicopter support was deployed as quickly as possible in the current circumstances, but the capability of the Air Corps is diminished with the loss of experienced personnel. Every effort is being made to return to full capability, the report acknowledges but that will take some time.

Donegal Deputy Pat the Cope Gallagher says the government must immediately put in place a programme for restoring numbers within the Air Corps to ensure such delays never happen again.

In the meantime, he says current protocols should be changed to facilitate the emergency drafting in of private helicopters if the Air Corps cannot respond immediately.................. 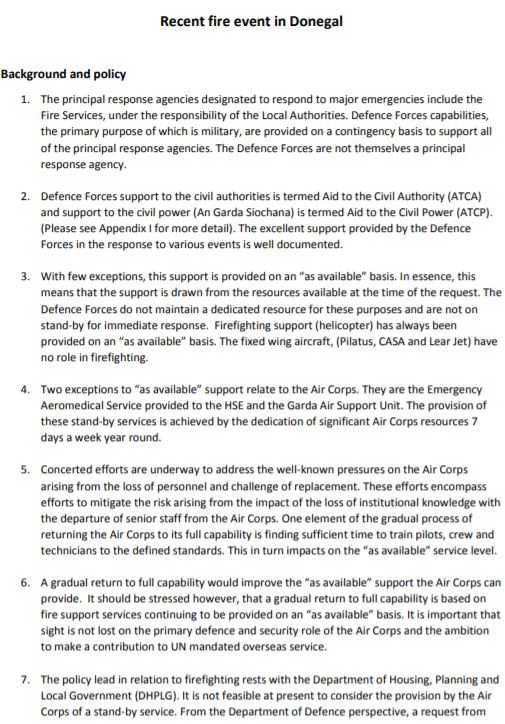 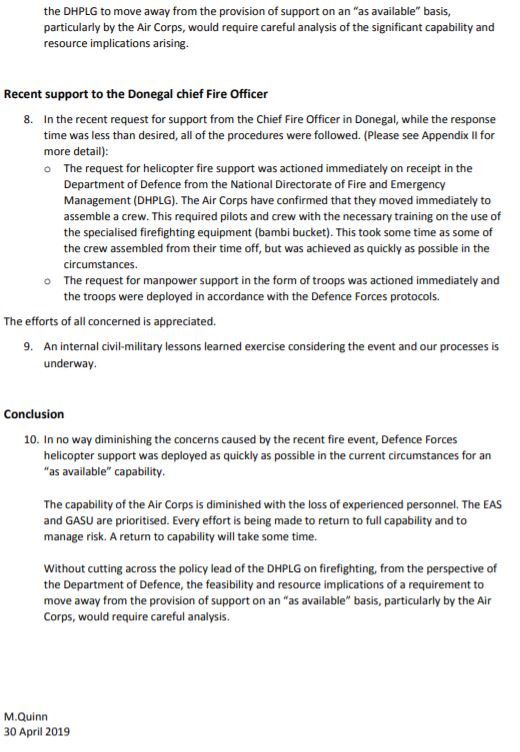 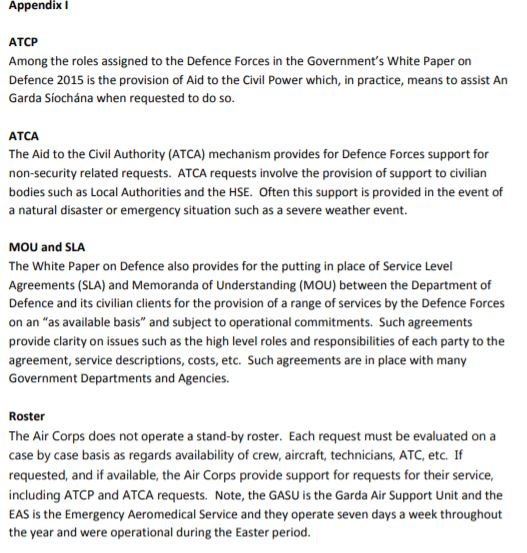 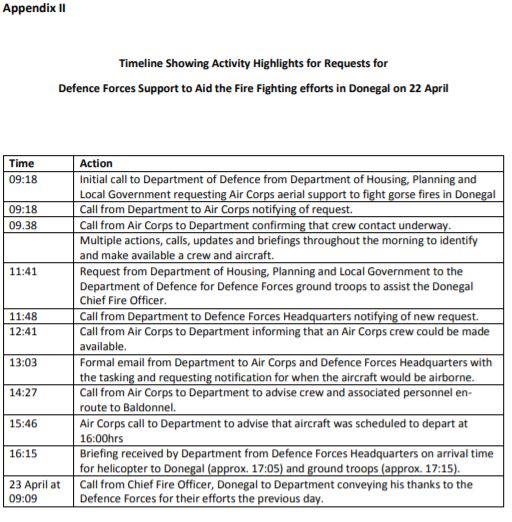 Deputy Pat the Cope Gallagher Leas Cheann Comhairle has received a full copy of the report into the delays in getting air cover to fight the recent Donegal Wild Fires.

I had raised the matter with An Taoiseach Leo Varadkar in the Dáil immediately after the outbreak of the wildfires fires, and after some delay on the matter the report was recently furnished to me by An Taoiseach.

Whilst I accept that procedures were fully followed in the initial raising of the alarm and that the Aer Corp immediately moved to assemble a crew but unfortunately there were no crews on call or on standby due to cuts in numbers of fully trained crews available to the Aer Corp at present added Pat the Cope.

The report furnished to me directly references the call from assistance from Donegal Fire Officers; (on page two, contained in part 8 of report) and I quote:

The request for helicopter fire support was actioned immediately on receipt in the Department of Defence from the National Directorate of Fire and Emergency Management (DHPLG). The Air Corps have confirmed that they moved immediately to assemble a crew. This required pilots and crew with the necessary training on the use of the specialised firefighting equipment (bambi bucket). This took some time as some of the crew assembled from their time off, but was achieved as quickly as possible in the circumstances.

In the conclusion of the Report which was compiled on foot of my public request for an explanation in to the over 7 hour delay in getting helicopter cover to fight the wild fires in Donegal , it expresses further concern and states;

In no way diminishing the concerns caused by the recent fire event, Defence Forces helicopter support was deployed as quickly as possible in the current circumstances for an “as available” capability. The capability of the Air Corps is diminished with the loss of experienced personnel. The Emergency Aeromedical Service (EAS) and Garda Air Support Unit (GASU ) are prioritised. Every effort is being made to return to full capability and to manage risk. A return to capability will take some time.

Pat the Cope Gallagher added it is self-evident that the massive delays in mobilising of an air crew to fight the wild fires in Donegal last April, was due to lack of an available call up crew,  as there was no standby crew on duty due to cuts in personnel numbers. The further admission contained within the report that it will take some time to return to capability or proficiency levels to have sufficient crews on call or to have the necessary numbers to meet the demands placed on the Aer Corp on occasions or in such instances which arose in Donegal with the wild fires.

I am calling on the Minister for Defence and An Taoiseach Leo Varadkar to take personal charge of this situation as the line Minister of the Department of Defence and immediately put in place a programme for restoring numbers within the Aer Corp in order that these situations never arise again.

It will also be necessary in the future, even though it was not mentioned in the report that if delays of longer than one hour occur then the Department of Defence should be obliged to call in helicopters from the private sector; this was very successfully done by Donegal County Council in order to fight the recent fires.

Therefore, I am proposing that the current protocols are amended to facilitate the emergency drafting in of private helicopters. It is critical once the alarm is raised by the local authority fire services that no time is wasted in getting a helicopter out to fight these wild fires otherwise we run the risks of serious fire damage and the potential loss of life concluded Pat the Cope.