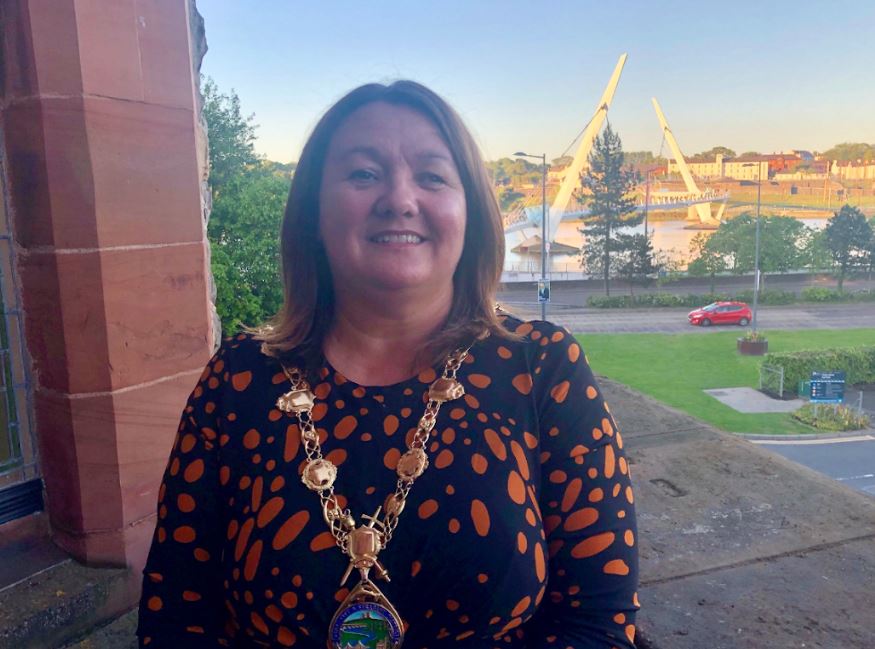 Derry City and Strabane District Council has elected a new Mayor to represent the City and District for the incoming 2019-20 year.

The new Mayor, who will be supported in her role by the SDLP’s Cllr Cara Hunter who takes up the position of Deputy Mayor, said she was deeply honoured to represent the city and district and vowed to represent everyone, highlighting that campaigning for jobs and investment for the North West would be her key priority during her Mayoral year.

Outgoing Mayor, Cllr John Boyle handing over the Mayoral chain reflected on his busy year and extended his thanks to the people of Derry and Strabane for their friendship and hospitality over the past year. He extended his best wishes and good luck to the new incoming Mayor and Deputy Mayor.

Newly elected Mayor, Cllr Michaela Boyle said she was deeply honoured at being chosen as Mayor and promised to engage with all the people of the Council area to send out a clear message that as Mayor she will promote “inclusivity and provide civic leadership.”

The number one key objective set out by the new Mayor for her year ahead, is the commitment to work towards the promotion of the North West region to attract jobs, infrastructure and investment and to maximise the economic potential of the region.

The Strabane born Mayor said she was also committed to working proactively to promote positive mental health and pledged to do more to stamp out the stigma around mental health.

Mayor Boyle said being a strong voice for women and working to empower females was also one of her key objectives during her Mayoral term of office.

Referencing the recent killing of journalist Lyra McKee, the Mayor said it was important the new Council team going forward must remain resolute in their opposition to the pointless actions of the people who claimed her life.