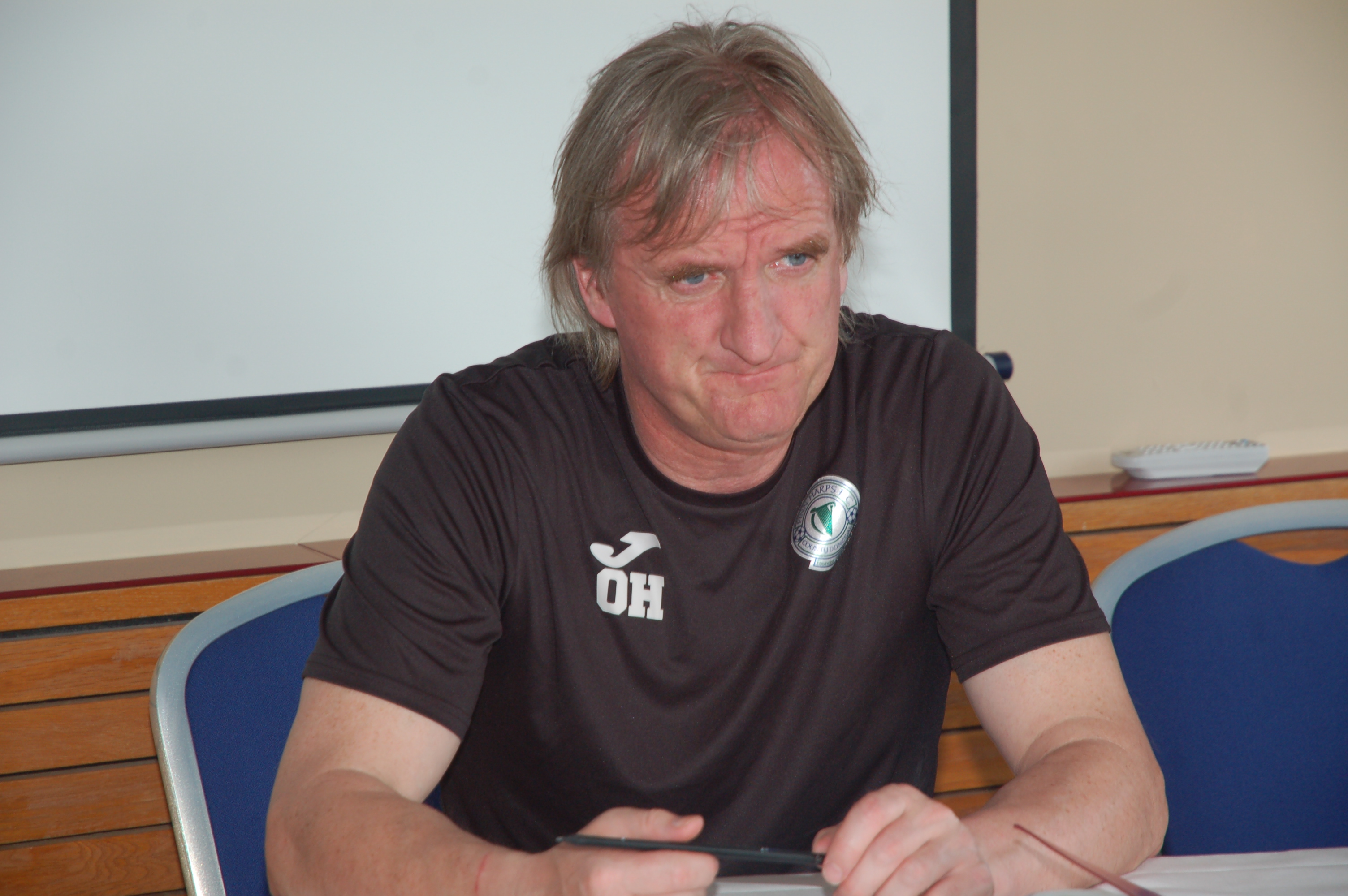 Finn Harps manager Ollie Horgan says his side will have to step up their performance levels in order to have any chance against Shamrock Rovers tomorrow night in Ballybofey (kick-off 8.00). The visitors are second in the table and challenging for the Premier Division league title. Stephen Bradley’s side has already defeated Harps twice this season and Horgan’s says it’s going to be a massive challenge to prevent the visitors from making it a third win against the hosts.

“We’re very pleased to get the three points against Waterford on Friday night. But, it was backs to the wall stuff for the most of the second half. We couldn’t retain possession apart from those couple of attacks. The lads put their bodies on the line defensively but we did concede a poor equaliser. In fairness we mounted another attack and Sean Boyd got the winner. I’m delighted for him personally but he’s not available to us tomorrow night as he is on loan from Shamrock Rovers” Horgan said.

Harps will be aiming to make it five matches unbeaten and record a third win a row but that will be a tall order against a side who second, only on goal difference to Dundalk, at the top of the table. The Hoops will be hoping that their Dublin neighbours Bohemians can do them a favour tomorrow night at Oriel Park. “Shamrock Rovers will come to Finn Park, feeling they have a very good chance of going back to the top of the table. We’re 27 points behind them in the table, so our goal is totally different in trying to move away from bottom of the table.”

Horgan will have to plan without young Michael Gallagher who sustained a serious leg injury in the Waterford game that forced the full-back’s withdrawal after just eight minutes. Caolan McAleer is available following suspension but is struggling with an injury. Ciaran Gallagher, Gareth Harkin, Mark Timlin and Harry Ascroft remain out. Sean Boyd is not available as the loan arrangement with his parent club Shamrock Rovers precludes him from playing tomorrow night. On the plus side Keith Cowan, Sam Todd and Mark Coyle all come back into the squad after serving one match bans.