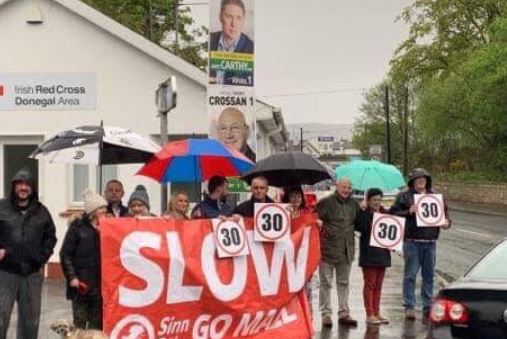 There are genuine fears that someone will be seriously injured in Muff over what been described as major speeding issues in the village.

It's been claimed that there have been several near misses in the recent past which has led to calls on both the Gardai and Donegal County Council to explore all options in a bid to curb the problem.

A protest was also held last Friday to highlight the need for action.

Local Election Candidate Terry Crossan says a number of measures could be introduced to act as a deterrent for offending motorists: