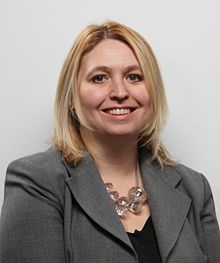 The Northern Secretary Karen Bradley visits Derry today for a number of engagements, with the campaign for a City Deal and the delay in securing the Medical School at Magee set to dominate discussions.

Foyle MP Elisha McCallion says Karen Bradley will hear in no uncertain terms that it is time for her government to step up and deliver on investment for key projects in Derry, when she visits the city later today.

In particular, Ms Mc Callion says she'll be pressing the Northern Secretary to ensure that additional funding is released to allow the medical school at Magee to proceed. This, she says, is a transformative project for the city and the region, and it should not be stalled any further.

Equally, a city deal as part of an inclusive growth strategy is a key strategic project for the entire north west, Ms Mc Callion says, and the British government need to stop the stalling and announce funding for it.

The Foyle MP concludes there is a vital need to build confidence, and that must be done through clarity, concrete decisions and funding for these projects that tackle the under-investment and inequality that the North West region has experienced.