A letter from the council's solicitors (see below) confirmed there is no provision for the council to suspend or remove Cllr O'Donnell.

Members approved a proposal that he be formally censured, and also asked him to provide a written apology to each member and council official.

Cathaoirleach of Donegal County Council, Cllr Seamus O'Domhnaill says John O'Donnell's long term future political future will be determined where it should be at the ballot box........... 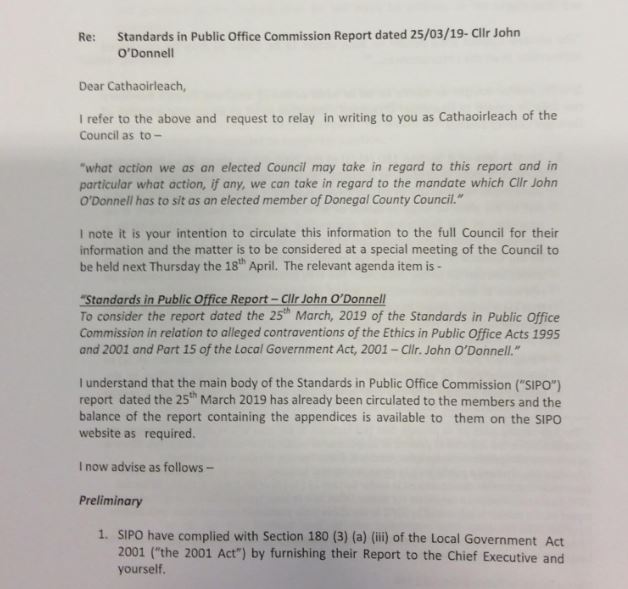