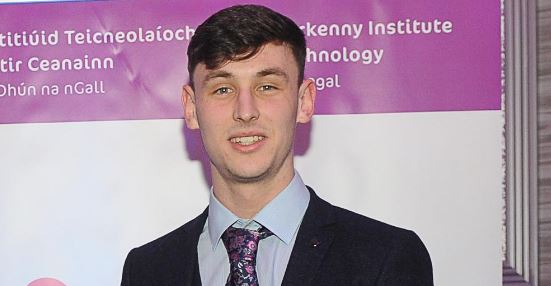 The St. Michael’s clubman is the only student from the Trench Cup champions, and from Donegal to be chosen on this years selection.

The other fourteen places on the Rising Stars team is made up of players who contested the Sigerson competition.

Cóilín Duffy spoke to Michael about picking up the award, and following in the footsteps of fellow Naomh Michael clubman Christy Toye and Colm McFadden...