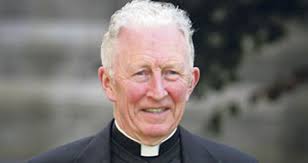 The former Bishop of Raphoe Dr Philip Boyce has been replaced as Apostolic Administrator of the Diocese of Dromore with immediate effect, with the Primate of All Ireland Archbishop Eamon Martin taking over the position.

Bishop Boyce, who is 79, says he is looking forward to his retirement, but remains available to pastorally support Archbishop Martin, and Dromore, in any way that he can.

An Apostolic Administrator is appointed to temporarily govern a diocese in the name of the pope when special circumstances warrant such an appointment.

In March of last year, following the sudden resignation of Bishop John McAreavey, Pope Francis appointed the retired Bishop of Raphoe Dr Philip Boyce as the Apostolic Administrator of the Diocese of Dromore.

Now, just over a year later, Derry born Archbishop Eamon Martin has been appointed to replace him.

Archbishop Martin has paid tribute to Bishop Boyce, saying he had willingly giving up a full year of his retirement to step in at short notice and accept governance responsibility for the Diocese of Dromore.

As well as being primate of All Ireland, Archbishop Martin is the Metropolitan Archbishop of the province of Armagh and this area includes the dioceses of Armagh, Ardagh & Clonmacnoise, Clogher, Derry, Down & Connor, Dromore, Kilmore, Meath, and Raphoe.