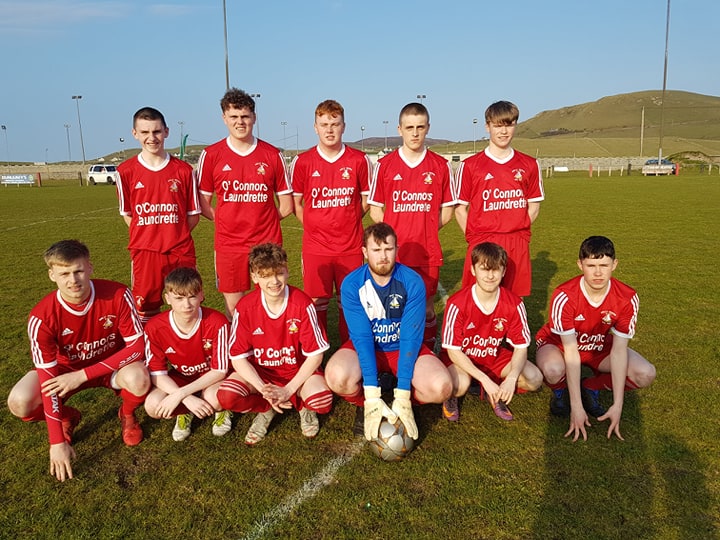 The new Donegal Schoolboys/Youth League Under 18s season kicked off on Tuesday evening when Fanad United took on Swilly Rovers at Traigh-a-Loch and it was Swilly Rovers who came out on top recording a 3-0 victory.

Swilly started the stronger and early on Lee McPaul seen his shot blocked by Fanad keeper Dan Kerr. 5 minutes later Kerr made a fine save to deny Conan Brennan from close range.

Swilly kept the pressure on and in the 15th minute, Evan Hewitt went on a mazy run into the box but his shot was well blocked by Mark Gallagher. 5 minutes later Hewitt went on another good run but his shot cannoned off the base of the post via the keepers legs. Swilly made their pressure count in the 22nd minute when Hewitt rose highest in the box to head home Steve McDaid's deep cross.

With time running out in the 1st half, Conan Brennan seen his shot well blocked by Liam Sweeney.

Swilly continued to push in the 2nd have and 3 minutes in they extended their lead when right back Evan Coleman shot from the edge of the box and it had just enough power to beat Kerr in the Fanad nets. Swilly got their 3rd of the night on the hour mark. When they were awarded a free kick 25 yards out, Shay Callan McFadden, who played in nets in the 1st half, stepped up and fired a fine shot into the top corner. Fanad did have a chance to get a goal back but Shaun Kerr's well struck free kick was well saved by Conan Brennan. 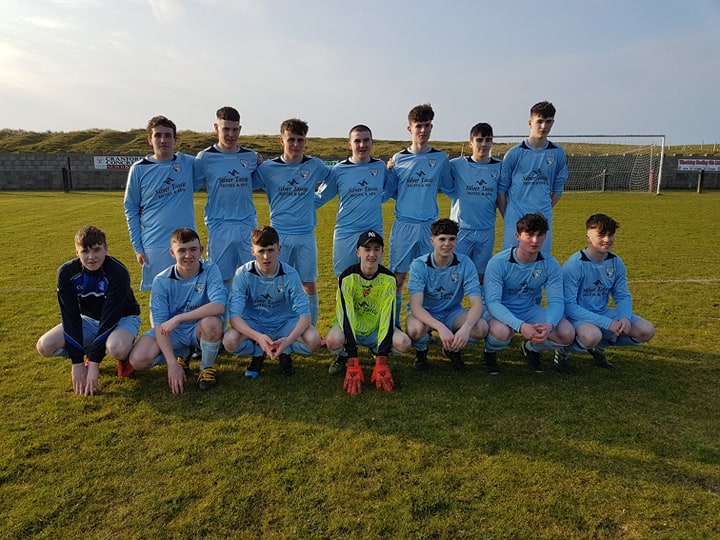