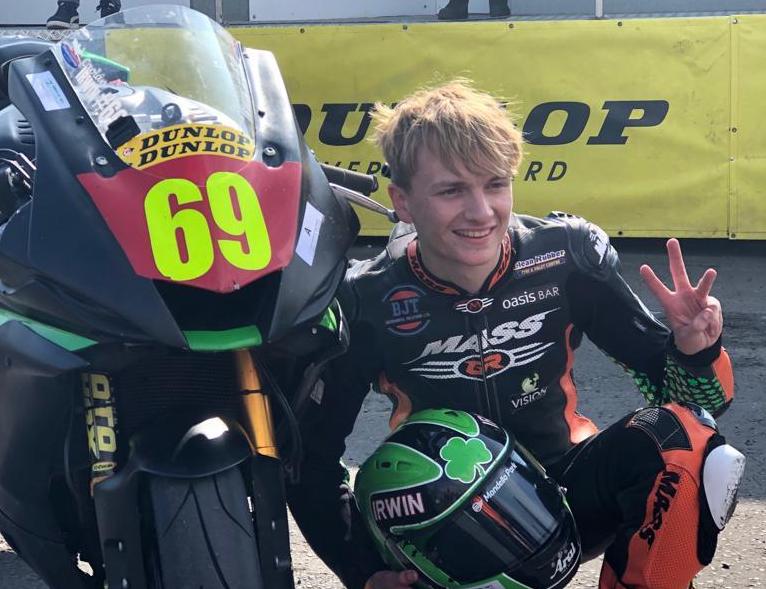 Kilmacrennan's Caolan Irwin took a hat trick of wins over the weekend at the first round of the Irish Masters Superbike Championships in Mondello.

On Saturday, having secured a comfortable pole position he won the race with five seconds to spare.

He carried that form into the second day of action on Sunday, winning the second race again by five seconds and then taking the win in race three.

His final victory seen him come from further down the grid as they reversed the starting order.

It's the first time Caolan has done the hat trick at the Irish circuit.