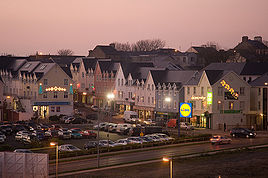 Serious concern has been raised over the future of Buncrana Tidy Towns Committee.

Despite a commitment that resources would not be scaled back after the abolishment of the Town Council in 2014, members say that services have been seriously impacted.

Cllr Jack Murray says frustration is heightening, and all Inishowen Cllrs must unite on the issue to find a solution: