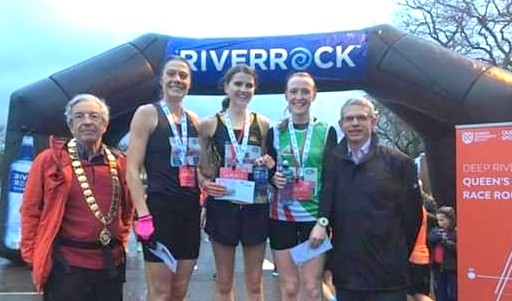 Nakita Burke won the women's section of the Queen's Race Around the River 5k in Belfast on Wednesday evening.

The Letterkenny AC girl crossed the line in a solid time of 16min 50sec.

In the mens race, Declan Reed of City of Derry finished 2nd in 14.58, eight seconds behind the winner Neil Johnston of Springwell running club.