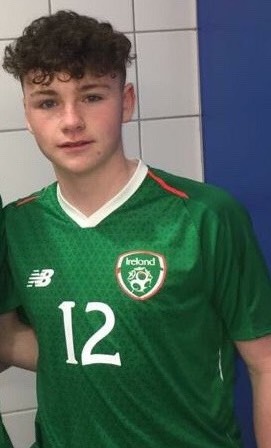 Finn Harps player Luke McGlynn was a member of the Republic of Ireland Under-15 side that secured an impressive victory in their international friendly against Czech Republic on Tuesday.

Shamrock Rovers striker Michael Leddy scored the only goal of the game in the second half as Jason Donohue's side claimed victory in the opening game of their friendly double-header.

Midfielder McGlynn who is a member of Paul McBride’s Harps U15 squad played almost hour in the game.

Luke will also be hoping to feature in the second game against the Czechs at Stadium Dobrany on Thursday morning kick-off 11:00 (10:00 Irish Time)