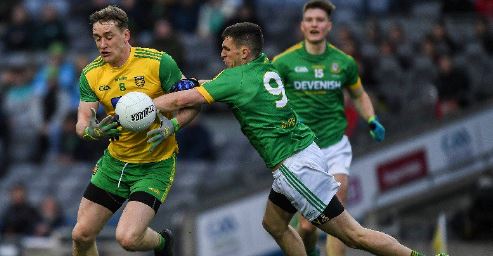 Meath had the better of the first half and raced into a 1-6 to 0-1 lead inside 12 minutes with Thomas O'Reilly getting their goal. Indeed, they led by eight at one stage.

Donegal then came back into the game more - Neil McGee was brought on as a substitute - but Meath had a goal and a point disallowed before the went in leading by 1-10 to 0-8 at half-time.

Oisin Gallen's fourth point of the game reduced the deficit to just a point, 1-14 to 0-16 with 15 minutes left.

Donegal took the lead for the first time after 57 minutes when Jamie Brennan put the ball into the net following a great sweeping move to put them ahead by 1-16 to 1-14.

Man of the match Michael Murphy got some crucial scores late on as Donegal won by two.